A gender Perspective in ‘A Thousand Splendid Suns’ 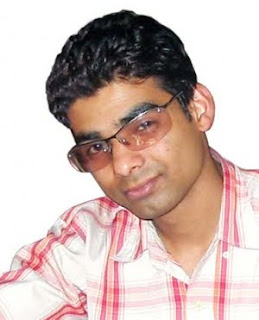 “Like a compass needle that points north, a man’s accusing finger always finds a woman.” In many contextual dialogues, descriptions and scenes in Khalid Hosseini’s ‘A Thousands Splendid Suns’, the meaning of the given extract has been embodied time and again with the female character having been badly behaved. While presenting a picture of war- ravaged Afghanistan that seems to be a 30 years turbulent history, the author has deeply sensitized the issue of gender-based violence.

The story starts by introducing Mariam who is harami, an illegitimate child and who loves her father Jalil very much. He also shows love for her, takes her fishing, gives beautiful presents but never brings to his home in the city. Despite being told by her mother Nana that Jalil never loved them with his heart, innocent Mariam rushes to his home in the city but her father does not acknowledge her. When she gets back to the home, her mother Nana has already committed suicide for being left alone. Now, Mariam becomes helpless, she is brought to her father Jalil’s home. But his wives, to ensure that Mariam will not secure a place in the family, marry her off to an elderly widower from Kabul- Rasheed. As she cannot conceive children, Rasheed starts giving mental and physical torture to her and the situation gets worse when he decides to marry young Laila who is orphaned after losing her parents in an explosion. Now, the series of cruelties being acted upon Mariam become a daily routine. However, it takes only a few years for Laila to be the object of the same cruel episodes after she gives birth to daughter, not a son as the first child. This common pain brings both 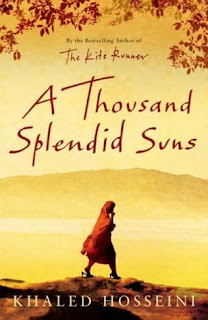 ladies together and their union leads the story in a new direction.

This intensely powerful story revolves around the fate of these two ladies. Though the degree of defeat and victory is tough to calculate, the story tries to encourage hope in the denouement.

Undoubtedly, 30 years of disorder of Afghanistan was painful for all but it was more painful for women. Due to the cruelty backed by the deeply rooted religious and cultural values(so called) of Islamic society, they were destined to live a life of alienation in their own home. With the word harami in the first sentence of the story, the author intends to present a reference to an absurd society where innocent children born from the illegitimate relations of their parents lose respect by birth while fathers are exempted by society for their mistakes. It is only the mother who is ridiculed for conceiving an illegitimate child in contrast to the father, who is exempt from social opprobrium.

With each passing year of Mariam’s life, gender-based violence becomes increasingly visible in the most brutal and inhumane forms. The domestic violence visited upon Mariam, which begins with forced marriage to an elderly man, becomes worse with being brutally beaten up for not being able to give birth to a living child. This violence, later on, mixes up with violence- gripped political juncture leading to this already victimized lady being further abused by the state. She succumbs to safeguard Laila and her children – keeping the bond they forged after the realization that they were no longer enemies.

A male character ‘pummeling chest, head and belly of his wife with fists, tearing at her hair and throwing her at the wall’ creates a pathetic scene in the readers’ mind. Similarly, the account of dos and don’ts for women presented by Islamic groups are more scary. It makes us imagine a orthodox society, loyal to religious extremism where a woman who laughs in public will be beaten, who paints her nails will lose her fingers, and when found guilty of adultery will be stoned to death.

On the one hand, the story silently opposes Taliban-imposed religious extremism, on the other, the story tends to uphold the communist perspective on gender equality as a pragmatic one.

The author has declared himself that the title ‘A Thousand Splendid Suns ’ comes from a poem composed by Saeb-e-Tabrizi, a seventeen century Persian poet. Portrayal of the West and the Soviet Union, their part in Afghanistan’s troubles, social and cultural problems within ethnic diversities are dominant in the story. However, the author has kept gender- based violence in the center while developing the plots to describe the struggle for power marked by violence. The pain, torture and astruggle of the women seem to have resonated with economy-power relationship in determining gender-based violence.

Posted by mytinyworld.blogspot.com at 4:54 AM